Raising Prices: Why & How to do it!

The Complete Guide to

Are you really charging what you're worth?

If you're afraid to go about raising prices for your plumbing, electrical, HVAC, or fire & security services, be sure to read on.

There are plenty of reasons that can help motivate you, plus expert advice and resources on the best ways to go about raising your prices, that'll still keep your customers happy. 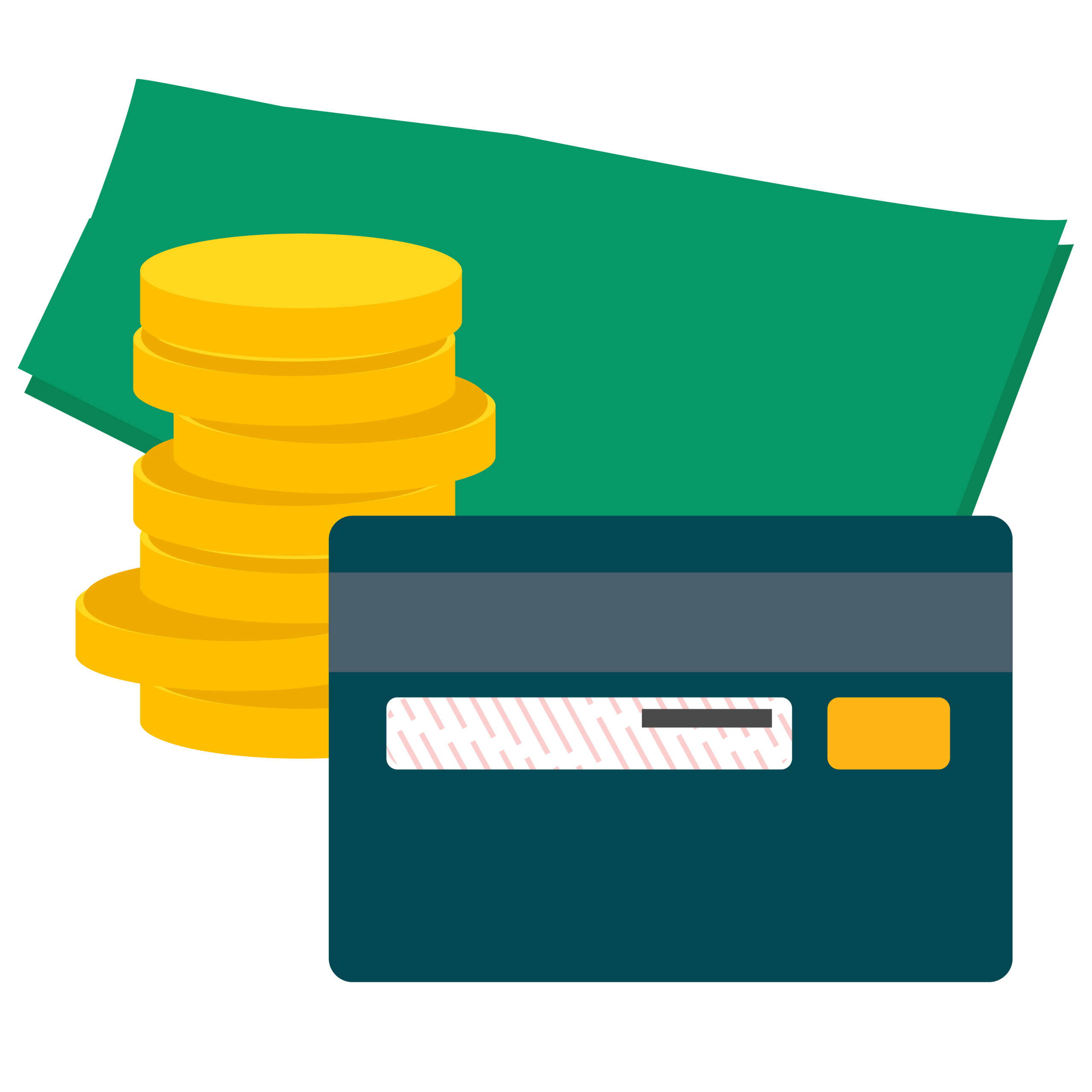 How Much Should I Charge?

How Can I Raise My Prices?

Don’t be afraid to charge what your services are worth.

Raising your prices can be… well, scary. Especially if you’ve been operating at certain prices for a long time.

You might be worried about customers turning away, but with that in mind, let’s talk about what customers are (and are not) actually paying you for…

The problem is not a broken boiler—it’s having no heat in January.

The problem is not a faulty cooker—it’s that the customer can’t make hot meals and has been ordering takeaway for the last week.

So you’re not just fixing a boiler or a cooker; you’re enabling customers to prepare home-cooked meals and keep comfortable in the winter.

Customers are paying you to help them feel the way they want to feel.

For example, if someone is buying an alarm system, they may be looking for a feeling of safety and security.

If they’re paying you to install new lighting in their living room, they could be after the joy they’ll feel when they’re entertaining in that beautifully lighted space.

Customers are paying for your skills and experience, not just your time.

There’s a story of an old engineer who was hired to fix a ship engine that no one else had been able to fix. The company that owned the ship had tried everything possible to get the engine working, to no avail. The old engineer looked at the engine for a few minutes, then gave it a swift kick—and the engine roared to life.

The engineer presented the boss with an invoice for £10,000.

‘It’s not for kicking the engine,’ replied the old engineer. ‘It’s for knowing where to kick.’

A similar story has a woman in a cafe asking Picasso if he would do a quick sketch on a napkin. He sketched his famous dove, gave it to the woman, and asked her for a huge sum of money.

‘But that took you just a minute to draw!’ she complained.

The point of these stories is that: what you offer may look easy to your customers but in reality, you spent years learning, investing, and honing your skills to the point where you can make complex tasks look easy.

Customers don’t just pay for your time, but they pay for your experience and the quality of work you produce as a result. 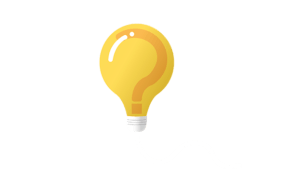 It can be a tricky question to answer. Obviously you want to make money, but you also want to appear competitive.

After all, you know how important price is to potential customers searching for a service.

While we can’t tell exactly what to charge, we can help with a plan! Check out the resources below to determine your field service pricing strategy.

Why You’re Not Charging Enough For Your Work, And How To Change That – Forbes

Key quote: ‘[One] reason why people don’t charge what they deserve is that they haven’t taken the time or effort to measure, quantify or identify clearly the key outcomes that they offer. They also don’t know how they stand apart from their competition.  What you offer IS different from your competitors, but do you know how, exactly? Do you know what you bring to the table that your top 30 competitors don’t, and can’t?  If you know your competitive advantage, are you marketing and promoting it wherever you go?’

How Much Money Should You Be Charging Per Hour? (Part 1) – Commusoft

Key quote: ‘Is your historical pricing adequate to meet your needs? If not, you’re undercharging. It’s important to identify why, and to correct your pricing accordingly. For example, it could be that you’re often called out to diagnose a fault. If so, it’s key that you make clients aware they’ll pay a call-out charge plus an hourly charge after the first hour. That will make your prices transparent from the beginning.’

How Much Money Should You Be Charging Per Hour? (Part 2) – Commusoft

Key quote: ‘When we first started, a new client signed up and immediately asked us for on-site training. It was something we’d never done before so we had no set prices—or pricing documentation. We just estimated our price based on what we thought clients would pay. The result? We undercharged. We lost money. Even worse, clients didn’t respect us.’

How to Price Your Service – MarketingDonut

Key quote: ‘You should aim to review your pricing every six months. That way you can keep on top of market changes and amend prices to reflect your costs and changes within your marketplace. This will help avoid the need to make sudden, large price hikes because your prices haven’t been reviewed for ages – which will be off-putting to customers.’

4 Simple Steps to Pricing your Products and Services – Startups.co.uk

Key quote: ‘How you price your product will heavily impact how your business is perceived, both by your customers and your competitors. Think about the kind of clientele you want to attract. Do you want to cater for a small group of high-paying customers, or offer a low-cost, one-size-fits-all product with mass appeal?’

6 Different Pricing Strategies: Which Is Right for Your Business? – QuickBooks

Key quote: ‘With premium pricing, businesses set costs higher than their competitors. Premium pricing is often most effective in the early days of a product’s life cycle, and ideal for small businesses that sell unique goods. Because customers need to perceive products as being worth the higher price tag, a business must work hard to create a value perception.’ 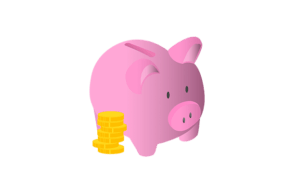 So, if you’ve got a strategy, the next step is to implement it.

You should never approach increasing prices with the idea of “because we can”, but keep in mind what value you offer to customers as a result.

If you’re ready to take your field service business to the next level, the following resources can help you take your next steps.

My prices need to go up…how do I break it to my customers? – The Guardian

Key quote: ‘Clarify your actions by making clients aware of the benefits attached to using your service and why it’s worth the increase. You need to make them feel as if they’d be lost without you and that you have aided their development and positively impacted their business. Ideally, you want them thinking: “I’m surprised you didn’t do this months ago!”‘

Key quote: ‘Crafting an email in just the right way can make a world of difference in helping your clients transition to your new pricing. I’ve asked Kendrick Shope, Founder of Authentic Selling, to share a template you can steal to use when you need to tell your clients about a rate jump.’

Key quote: ‘Why does the customer buy from you anyway? Knowing this will allow you to reinforce these points when talking about the increase. You should also have ready at least two key needs of the customer that your product or service satisfies. Be sure all of your strategic information about the customer is up-to-date before a price increase is announced.’

Key quote: ‘No one likes being cornered with a “take it or leave it” ultimatum. A price increase is more palatable if there is an option to save money. Even if you don’t expect anyone to take the cheaper option, offer it anyway. Consumers appreciate choices and use the lower price as an anchor reference to base buying decisions from.’

How Our Pricing Increase Email Grew Sales by 263% – Appcues

Key quote: ‘Start with segmentation As a rule of thumb, the more targeted you can get your email communications, the better. We created 3 groups to announce the pricing change: existing customers, current prospects, and other free trialers.’