See how Ashley Thaw improved his growing heating and plumbing company with Commusoft. It all started when Ashley hired a business advisor... 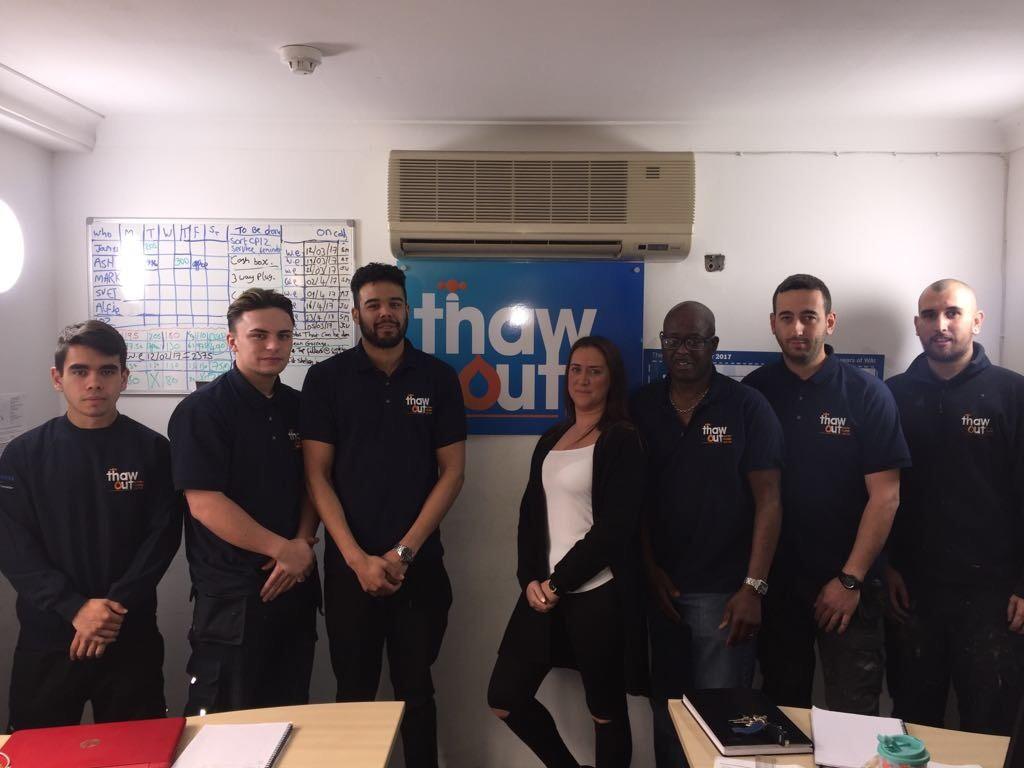 I feel like I can compete with bigger companies now. If I were to rate Commusoft out of 10, it'd be 11—because it does everything.

Out With the Old

We sat down with Ashley Thaw, owner of Thaw Out Heating & Plumbing Ltd in Surrey, to share his story about working with Commusoft—in his own words.

We used to do things the old-school way: We used a paper diary for jobs, Microsoft Word to send out invoices, and Microsoft Excel to keep track of money owed in and money owed out. So it was a lot of manually imported data.

In January 2016, we started hiring a business coach to come in once a week and mentor us, and he recommended that I search for workflow management software to handle all these things. On my first search I found one and thought, ‘Well, it’s better than what we had before’. I was about to go for it when I ran across Commusoft’s video. As soon as I watched that video, I phoned my dad and said, ‘Dad, I’ve got some software for us’. I was sold.

Later, I was in a pub with a friend who owns a competing business. I started trying to tell him about Commusoft and he said, ‘Whoa, let me stop you there. I already use Commusoft!’ I asked, ‘How do you find it?’ and he said, ‘It’s absolutely perfect’.

Jack, in Commusoft’s office, was incredible. He logged into my computer, and he showed me how to do this, how to do that, and that was it. It just got better and better from there. Our office manager and I went through a week of training, then I called a meeting of all our employees and went through everything with them. Within two hours, the gang were up to date with the system and using it. I thought getting up and running with the system would be a big headache, but the way the Commusoft team broke it down for me, it was smooth and simple.

Tracking Is On Track

With Commusoft, now I can be driving around, look at where an engineer is right now, and book a job on the go. It’s good for customers as well because we can say, ‘Okay, so you’ve got a Wolseley boiler in the kitchen’. We know what we’re dealing with before we get there. So yes, it’s amazing.

Being able to see where the engineers are is also huge, because the bigger you get, the less you can concentrate on your engineers. You can’t possibly watch everyone all the time—you’ve got to allow them to do what they’ve got to do. So if you can see when they’ve arrived at a job, and the route they’ve taken, that’s great.

Our engineers can now do everything on their phones. It used to be, we’d send our engineers an email the evening before with the work details, but sometimes the guys didn’t receive the email so they wouldn’t be able to get to their first job. Now, with Commusoft, they can see what’s lined up, and they can also see what they’ve done for the week and send in their timesheets to get their wages. Really simple.

We’ve got some tangible results from using Commusoft. First, our income is higher, because we’re generating more jobs now. An issue we were having was that we wanted repeat customers. We’d go into a job, we’d fix the boiler or install a new boiler, and that was it—we wouldn’t see that customer again. We were always so busy, we kept getting new customers and doing more work, but we didn’t actually look back at the old customers and keep them going with service reminders. Now we’re able to send customers a reminder and say, ‘Look, your boiler is due for service in a month’s time. Can I book it in?’ Nine times out ten, they did want to book it in, but they just didn’t remember. So not only does Commusoft make us more efficient, it also enables us to get more paid work.

I feel like I can compete with bigger companies now. I’d been doing things the same way since I was on my own, and it didn’t have that professional look. With Commusoft, even confirming an appointment with the client looks professional. We have all the little things that make us look bigger than we actually are, which gives us an advantage.

The biggest surprise, though, was just how much stress it’s taken away from me. Before I had Commusoft, I used to know, in my head, every single job that was going on. I used to think, ‘This job’s been done by the engineers, but that doesn’t mean it’s complete because we’ve still got to invoice, and we’ve still got to get paid’, and so on. Each job was in my head, and I had to remember to get the invoices sent out so we could get paid. Now, the engineers are able to do the invoicing themselves. They go to the job, they fill in the job report, they finish the job, they send the invoice in to the client, they get paid on the spot with the card reader, and it’s done. I don’t need to know about any of the things that are involved because the engineers deal with them. It’s all done in one smooth transaction, and it lowers the stress levels for me.

If I were to rate Commusoft out of 10, it’d be 11—because it does everything.